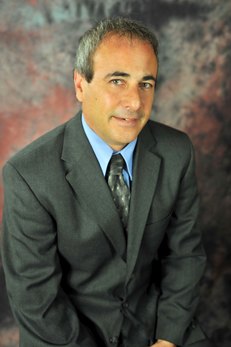 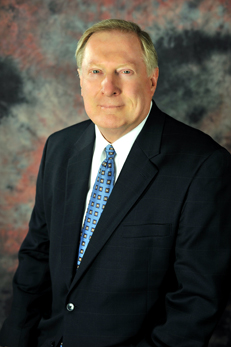 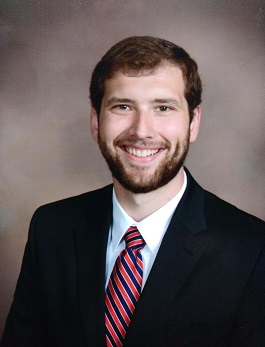 Lou graduated with a Bachelor's Degree from Ball State University in 1981, and received his Juris Doctorate Degree from the University of Dayton School of Law in 1984. He is admitted to practice in the State of Ohio and before the United States District Courts for the Southern and Northern Districts of Ohio.

Following the examples of Don Purdy and Tom Lammers, Lou has been actively involved in the local community. He served 9 years as a Trustee for the Celina - Mercer County Area Chamber of Commerce, 8 years as an ACBALSA/WOLSA legal aid trustee, 14 years as a member of the Celina Governor's Cup Regatta Boat Race Committee, and was Co-Chairperson for 9 of those years.

Lou enjoys a wide range of practice activities commensurate with the general practice of law in a small rural community. He is a criminal defense and domestic relations litigator, and also handles real estate, probate, personal injury and juvenile court matters. Lou is often called upon to serve as guardian ad litem to protect the interests of juveniles whose lives are affected by the justice system.

Tom was born and raised in Celina, Ohio, and graduated from Celina High school in 1970. He was admitted to the practice of law in 1977, after completing his undergraduate studies at Ohio University in 1974 and receiving his Juris Doctorate from The Ohio State University College of Law in 1977. He is also admitted to practice before the United States District Court for the Northern District of Ohio.

Tom is a past president of the Celina Rotary Club, was the Chairperson of the city's Sesquicentennial Celebration, and served more than 12 years as Secretary of the Celina Civil Service Commission. He is currently a Trustee of the Mercer County Civic Foundation and serves on the Board of Directors of Mercer Savings Bank.

Tom's areas of concentration include real estate, probate, estate planning and commercial law, and he has served numerous courts and practitioners as a mediator.

The son of Rick and Jeanette Bachelor, Evin was born and raised in Celina. He graduated from Celina High School in 2011, and went on to the Ohio State University, where he received his Bachelor's and Law Degrees.

After law school, Evin served as a law fellow and senior research associate with the Ohio State University Extension Agricultural & Resource Law Program. One of Evin's main responsibilities was to research how the law affects farmers and landowners, and then educate farmers and landowners through factsheets, blog posts, live presentations, podcasts, and more. He also assisted with the undergraduate Agribusiness Law course at Ohio State.

Evin began his career in private practice with the Delaware, Ohio based law firm Wright & Moore Law Co. LPA, which primarily focuses on farm succession planning for farmers and landowners across Ohio and Indiana. Evin continues to work for Wright & Moore.

Evin joined Purdy, Lammers, & Schiavone as an attorney in July 2021. His primary areas of legal practice include estate planning (wills and trusts), probate and trust administration, business planning (LLCs), contracts, and real estate. He is licensed to practice law in Ohio and Indiana.